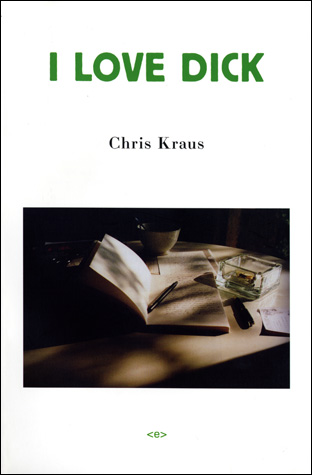 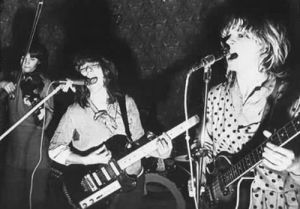 I’ve been reading Chris Kraus and thinking about her in relation to a couple of these songs by The Raincoats.  The two seem connected in some essential way, maybe because over the summer I was reading I Love Dick while playing in a Raincoats cover band and staying up late trying to teach myself their songs on guitar.  Learning a song someone else wrote is like living in a house they built.  It’s very different from building it yourself, and it’s intimate in a powerful way.  Anyway, there’s this part in Fairytale in the Supermarket where she says

It’s such an anti-lyric, so awkward and literal.*  It’s something Chris would say to Dick, to pinpoint his particularly masculine endeavours.  The women in The Raincoats address their songs to a you, like Chris’s letters.  There is something very moving in the bluntness and the raw cliche – it’s like a liturgy, or a mantra.  It’s quite fearless.

I saw The Raincoats interviewed this past fall. They said some cool things, and it was amazing to see these older punk women talk about their lives, but it made me realize how sick I am of the punk narrative, the one that goes basically “You didn’t know what you were doing and you had no talent and no ideas, but you just kept doing it anyway and now look how successful you are!” This is so often how we talk about punk bands and punk movements,  especially when they involve women.  Women writers and musicians are commonly credited with being “accessible,” with speaking in plain language about ordinary things, which I’m not against, but I think The Raincoats at the very least deserve some credit for originality, if not world-rending profundity.  Like:

The roots of your thoughts
They’re essentially polaroidal

But you don’t say
That love never externalizes

What?  I have no idea what these things mean.  I don’t think they’re being deliberately obscure, but they do require some thought.

The interviewer, who is a very smart, accomplished lady, at one point said something along the lines of “Your songs are like hearing ordinary words from ordinary people,” to which Gina Birch responded “Well, I don’t think Ana [da Silva] is an ordinary person.”

One of the many quotes I copied from I Love Dick:

What happens between women now is the most interesting thing in the world because it’s least described.

*I don’t listen to lyrics like I used to. In fact I can’t think of a new song from the past couple years where I’ve even really had an idea of what it was about – I’ve been more or less singing songs phonetically, like the people in Bad Lip Reading. There’s this Austra song I really love, and for a long time I would sing along to the chorus as something like “OO-OO sigh, the constant BORE.” I only realized lately that she’s singing “Who signed the consent forms?” which is much stranger and more interesting. This seems weird for someone who as a teenager committed hundreds of songs to memory, but maybe it’s not.